Brief History of the Driveway 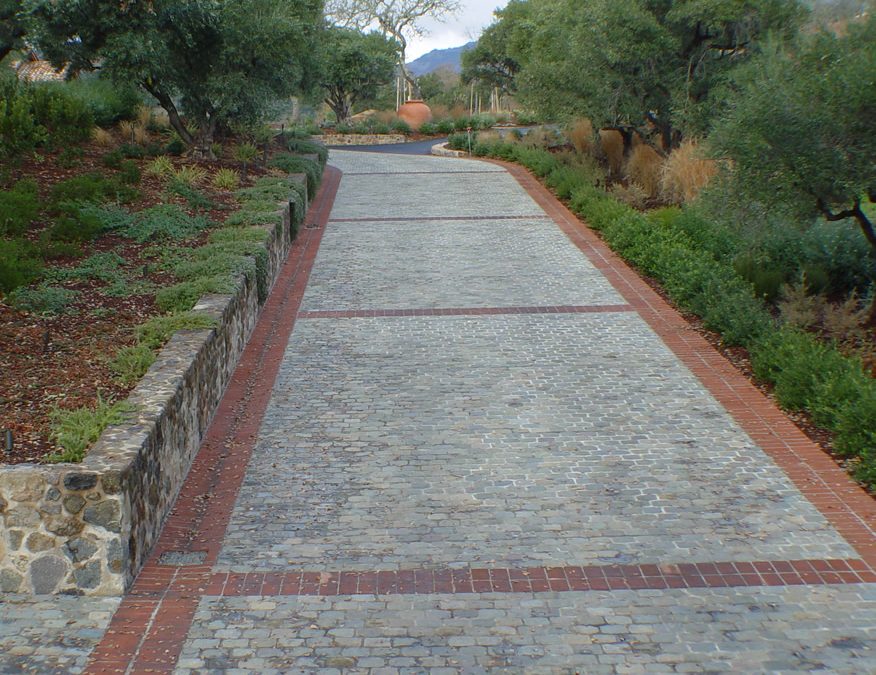 The first known use of word driveway was in 1871.

Most houses built before 1850 were reached via dirt paths. These paths were direct rather than meandering, and not very wide, perhaps 3′ at most. According to “This Old House” these access ways were created for people, not for carriages or certainly vehicles that would eventually become popular in the early part of the 19th century.

The word “driveway” began to be used around 1871 and was originally a dirt path that horse or carriages used to reach the front of a home. Only in modern times, when everyone owned a car, did the need arise for a place to store it, so the driveway became a place to “park your car.” With the age of motorized vehicles, post 1900, actual driveways and back alley access ways became commonplace.

During the second half of the 19th century, creative driveways began to show up on nicer homes. Semi-circular drives and curving walks, along with the addition of curbing—trimmed edges of cobblestone, cut stone, brick, shells, or clay tile began to make an appearance. Gravel was the preferred surfacing material, although brick, stone and flagstone walks became more prominent and sometimes only a two wheel concrete ribbon down a grass or dirt path.

Consumers have many design and paving material options,  ranging from concrete, asphalt, gravel, and decomposed granite, to more creative and long lasting materials such as brick, natural stone pavers, and our favorite; cobblestone!  Today’s driveways have come a very long way – including stepping back in time to recreate the old world feel with original historic materials with reclaimed Historic European Cobblestone – a piece of history beneath both your vehicle and feet!