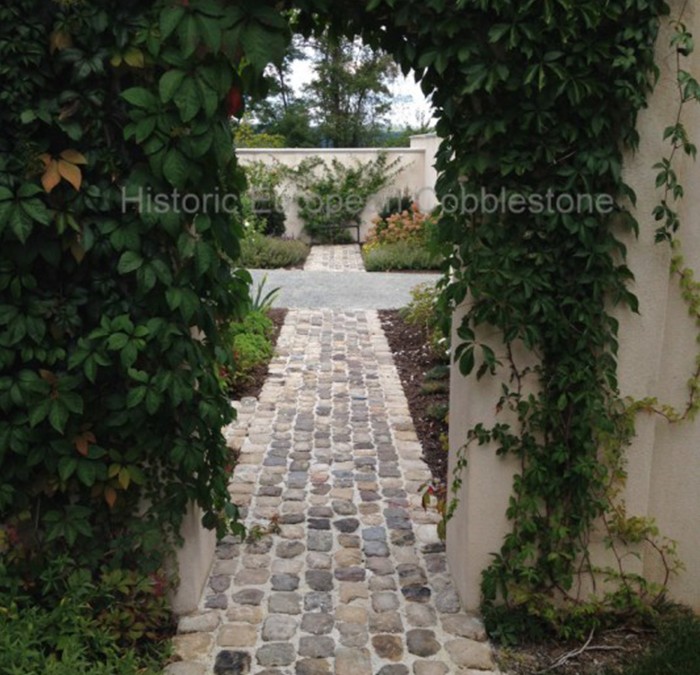 The Benefit of Being Barefoot

A study published in The Foot journal in 2007, described how walking barefoot on cobblestones encourages your feet to use all muscles involved in the human stride, which are not all activated when wearing shoes. A healthy step taken without footwear involves the heel rolling over the stones first into a push-off with the toes. This study suggests that feet can become less healthy with time when shoes are frequently worn, based on the analysis of the feet of ancient skeletons and present-day examples in European, Zulu, and Sotho populations. The researchers concluded that modern Europeans who wore shoes the most had the least healthy feet of any group.

Another body of research focuses on the benefits of walking on cobblestones. For example, a study in the Journal of the American Geriatrics Society found that seniors who often walked on cobblestones had lower blood pressure than those who walked on other types of surfaces or did not exercise at all. While there was no comparison of wearing shoes or not in this study, the importance of regular activity was noted. The researchers found blood pressure improvements after 16 weeks of regular exercise, which involved three hours of walking every week, as well as general mental and physical improvements.

The Influence of Reflexology

The principles of reflexology help to explain why walking barefoot on cobblestones is beneficial to the human body and mind. Reflexology is the application of a certain amount of pressure to different parts of the body, including the feet. Proponents of this healing art attribute its value to the connections of these points to certain bodily organs and systems. Most reflexologists stimulate different points on the body by hand and use a technique similar to a masseuse. The most experienced of them have in-depth knowledge of the correspondence between reflex points and extremities, with the ability to stimulate specific parts of the patient.

Another aspect of reflexology is called reflexology paths, which at its core refers to cobblestone walkways that have different textures. A stride taken along this type of path can stimulate certain points in the feet to balance out the energy flow within the walker. These types of paths can be found more easily in Asia and at schools like Stanford University Hospital and Bastyr University. Indeed, the concept of reflexology and cobblestone paths is gaining more attention in academia as of late.

But you needn’t travel to Asia or these universities to get the health advantages proven by the research noted above. Instead, consider adding charming and therapeutic antique cobblestone from our Historic European Cobblestone collection, to a walkway in your garden or a cobblestone driveway! Walking barefoot along an uneven cobblestone path of your own design can be a convenient substitute. This natural exercise may be exactly what your feet have been craving!